A fantastic journey through one boys imagination.

In March 2014, it was announced that Hotel Transylvania director Genndy Tartakovsky was working on an animated film titled Can You Imagine?. The project was to tell "a fantastic journey through one boy's imagination."[1] It was set for a July 13, 2018 release date. (Eventually became Hotel Transylvania’s 3‘s release).

In July 2017, a piece of concept art was released on Instagram stating that the project was “never made” In the description. Nothing has been released or heard ever since.[2] 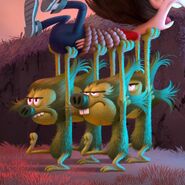 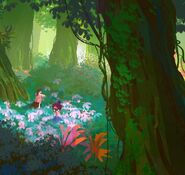 Add a photo to this gallery
Retrieved from "https://sonypicturesanimation.fandom.com/wiki/Can_You_Imagine%3F?oldid=24531"
Community content is available under CC-BY-SA unless otherwise noted.