Originally slated for a theatrical release by Sony Pictures Releasing on October 1, 2021, the film's distribution rights were sold to Amazon Studios in August 2021 and the film was released on Amazon Prime Video on January 14, 2022.[1][2] It received mixed reviews from critics.

During the celebration of the 125th anniversary of Hotel Transylvania, Mavis overhears Dracula's plans to retire and leave the hotel to her and Johnny. She tells Johnny who excitedly tells Dracula his plans to renovate the hotel. Worried about Johnny ruining the hotel, Dracula lies to him saying that there is a "monster real-estate law" which only lets monsters own the hotel, disappointing Johnny.

Van Helsing decides to help Johnny using a ray that turns humans into monsters and vice-versa; after testing it on his guinea pig Gigi, he uses it on Johnny who turns into a dragon-like monster. Learning about monster Johnny, Dracula tries to turn him back to normal, but accidentally turns himself into a human and breaks the ray's crystal. Van Helsing tells Dracula and Johnny that they can still turn themselves back to normal by getting a new crystal which lies in a cave in South America, so Dracula and Johnny set off to do so.

Dracula's friends Frank, Wayne, Griffin and Murray end up becoming humans as well, as a result of drinking from a fountain that was contaminated by the ray. Mavis and Ericka confront Van Helsing after learning about Dracula and Johnny's whereabouts in the news, but he warns them about the effects of the ray, as humans who become monsters continue to mutate and become more hostile as time goes on. With this in mind, the rest of the gang head to South America to find Dracula and Johnny.

While traveling through the South American jungle, Dracula and Johnny begin to bond, and Dracula eventually begins to confess that he lied about the monster real-estate law, but the rest of the group find them. Things turn sour when Dracula admits his deception regarding passing over the hotel to Mavis and Johnny. This prompts an upset Johnny to believe Dracula does not consider him family and to mutate further before running away.

Mavis goes to find Johnny while Dracula and the rest of the gang go to find the crystal. Mavis finds Johnny, but the transformation has turned him very volatile. She leads him to the cave where they finally find the crystal. When Mavis tries to turn Johnny back to normal, nothing happens due to him being too frenzied. In desperation, Dracula lets himself get captured by Johnny and goes on a remorseful tangent about how wrong he was about Johnny and how he now sees the best in him, finally acknowledging him as family. This brings Johnny back to his senses, and he is returned to human form.

With Dracula and his friends turned back to normal, they return home only to find the hotel has been destroyed by Gigi. After turning Gigi back to normal, Dracula bemoans his loss. He soon decides to let Mavis and Johnny rebuild the hotel to their liking.

A year later, Mavis and Johnny show Dracula the re-built Hotel Transylvania, which he comes to enjoy.

In February 2019, Sony Pictures Animation announced that a fourth film had been in development. In October 2019, Genndy Tartakovsky confirmed that he would not direct the film. In September 2020, Jennifer Kluska and Derek Drymon, a storyboard artist on the first two Hotel Transylvania sequels and a former crew member of SpongeBob SquarePants and Adventure Time, respectively, were confirmed to be the film's directors, while Tartakovsky would write the screenplay and serve as an executive producer alongside Selena Gomez, who voices Mavis in the series. Production took place remotely during the COVID-19 pandemic.

In April 2021, the film's title was revealed to be Hotel Transylvania: Transformania and was confirmed that it would be the final film of the series. That same month, Sony confirmed that Adam Sandler would not reprise his role as Dracula. The role was given to Brian Hull after voicing the character in the short film Monster Pets, while Kathryn Hahn, Steve Buscemi, David Spade, and Keegan-Michael Key were confirmed to reprise their roles. The following month, it was announced that Brad Abrell had replaced Kevin James as the voice of Frankenstein. Mark Mothersbaugh returned to score the film, having previously scored the first three installments, while Lynn Hobson served as editor.

In August 2021, Sony Pictures Releasing cancelled the film's theatrical plans and was in discussions to sell the distribution rights to a streaming service, in response to the rising cases of the SARS-CoV-2 Delta variant in the United States. On August 16, 2021, it was reported that Amazon Studios was in negotiations to acquire the distribution rights to the film for $100 million from Sony Pictures Releasing and would release it exclusively on Amazon Prime Video worldwide, excluding China, where Sony would release it theatrically on an undetermined date. Sony would also retain home entertainment and linear television rights to the film. On October 6, 2021, Amazon set a release date of January 14, 2022.

On February 25, 2022, the film was given a limited theatrical release in the United States.[4]

On the review aggregator website Rotten Tomatoes, 50% of 76 reviews are positive, with an average rating of 5.20/10. Metacritic, which uses a weighted average, assigned the film a score of 46 out of 100 based on 15 critics, indicating "mixed or average reviews". 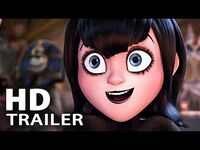 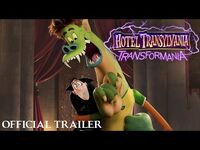 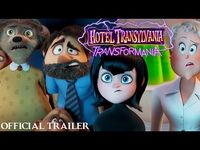 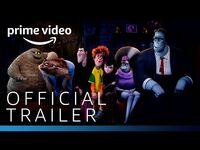 Sony Pictures Animation Wiki has a collection of images and media related to Hotel Transylvania: Transformania.

Community content is available under CC-BY-SA unless otherwise noted.
Advertisement